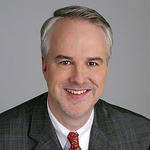 Well known and respected on Wall Street, Mr. Kraws has received some of the most prestigious awards in the industry, including being consistently ranked among the Top Ten Analysts for pharmaceutical stock performance in the world for almost two decades as well as ranked as the Number One Stock Picker in the world for pharmaceuticals by Starmine and for estimates by Zacks. Additionally, Mr. Kraws has been 5-Star-ranked for top biotechnology stock performance by Starmine.

In addition to serving as CEO of Crystal Research Associates, Mr. Kraws is currently chairman of Synthetic Biologics Inc., a NYSE-listed biotechnology company, and a partner and co-founder of TopHat Capital, LLC. Through his years of experience, Mr. Kraws has cultivated a wealth of industry knowledge and a level of credible, insightful equity analysis that few share. As a result, he has provided guest commentary for many network news programs, including Bloomberg, FOX Business, and CNBC, among others, and has become a valuable resource for financial journalists from the New York Times, Forbes, Bloomberg, CBS MarketWatch, and MedAdNews, among other publications.

Mr. Kraws holds an MBA from Cornell University and a B.S. from State University of New York-Buffalo.

Ms. Goldfarb brings over two decades of Wall Street experience and a formidable background in the research industry. Throughout her tenure at Crystal Research Associates, she has spearheaded coverage for hundreds of corporations across an array of industries, increasing the visibility of innovative and growing private and public companies that represent extraordinary investment opportunities.

Ms. Goldfarb has previously served as associate director of competitive analysis for IRG, and as vice president within the healthcare research group at Gruntal & Co., LLC (prior to its merger with Ryan Beck & Company), where she covered large-capitalization pharmaceutical, specialty pharmaceutical, generic, drug delivery, biopharmaceutical, and medical technology companies. Prior to joining Gruntal, Ms. Goldfarb served as pharmaceutical associate at First Union Securities (formerly EVEREN Securities), and as a researcher for Merrill Lynch in New York City, specializing in the paper and forest products sector.