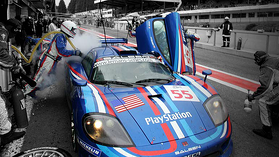 For a more detailed but quick overview of the Company, key points on Saleen are continued here.

For a comprehensive description of the new Saleen Automotive structure, vehicle production, new releases, and strategies for expansion both in the U.S. and overseas, download a copy of our EIO on Saleen available here. The EIO also discusses the Company's financial position, competiton, intellectual property, leadership, risks, and many other important aspects to consider when evaluating the business of Saleen.