Sir Gregory was elected a Fellow of the Royal Society (FRS) in 1990 and awarded the Royal Medal by the society in 2011 for his pioneering work in protein engineering and therapeutic monoclonal antibodies, and his contributions as an inventor and entrepreneur. He has also won several international awards including the King Faisal International Prize for Medicine, the Cancer Research Institute William B. Coley Award and the Canada Gairdner International Award. Sir Gregory was appointed Knight Bachelor in 2004.

END_OF_DOCUMENT_TOKEN_TO_BE_REPLACED

We have just published a new set of slides that summarize the key elements of each of these companies, from business and product overviews to market sizes and growth strategies.

END_OF_DOCUMENT_TOKEN_TO_BE_REPLACED 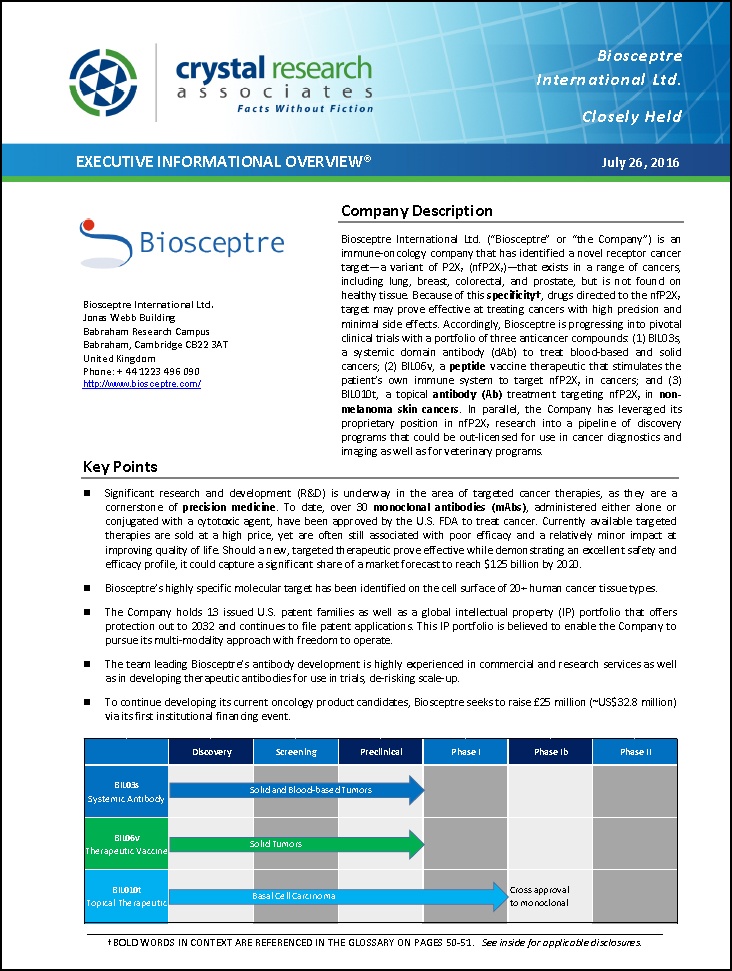