The following stocks are spotlighted over the course of the interview:

Note: Click the image below to view the full video on Reuters Insider (6:29) 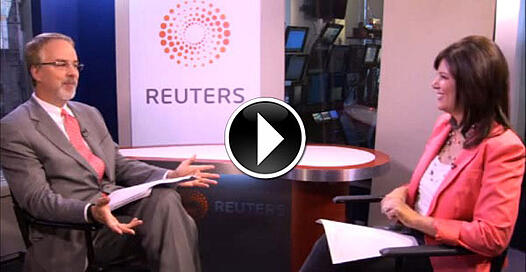 For those looking to invest in the biotech sector, Jeff Kraws identifies several key elements to look for before making an investment:

The biotech industry as a whole has experienced rapid growth in recent years. Since facing a difficult year in 2009, the Biotech Index (BTK) was up nearly 300% as of July 2013, even outperforming the S&P 500, which was up 150% (Source: CNBC). Furthermore, the market is experiencing a rise in M&A activity with 17 deals announced in the second quarter 2013, a 55% increase over the first quarter 2013 (Source: Irving Levin Associates).

There has also been a surge in biotech IPOs. In 2013, 27 biotech companies have gone public since January, collectively raising nearly $1.9 billion (Source: Forbes). This is a dramatic increase from 2012, which saw a total of 11 biotech IPOs. Most recently, Intrexon Corporation (XON-NYSE) went public on August 8, 2013, when it raised approximately $160 million and experienced a one-day stock gain of 55%.