Since the publication of our Executive Informational Overview® (EIO) on Amarantus BioScience Holdings, Inc. (AMBS-OTC) in early September 2014, the company has advanced development of each of its three lead programs. Amarantus published data from a 72-patient study of the LymPro Test® demonstrating the test’s accuracy at identifying patients with moderate-to-severe Alzheimer's Disease versus healthy controls, completed enrollment of an expanded 140-patient study of LymPro for which results are expected by mid-December 2014, submitted its Phase 2b trial design for Eltoprazine in Parkinson's Disease Levodopa-Induced Dyskinesia to the FDA for review and written feedback, and submitted an Orphan Drug application to the FDA for MANF in retinitis pigmentosa, a degenerative eye disease. By the end of 2014, Amarantus expects to be able to launch the LymPro Test® for research markets (Investigational Use Only), and believes it can use the data from the expanded 140-patient LymPro study in support of a broader product launch in 2015.

END_OF_DOCUMENT_TOKEN_TO_BE_REPLACED

Pressure BioSciences, Inc. (PBIO-OTC) has reported its financial results for the third quarter 2014 and year-to-date period ended September 30th. Highlights of these results are an increase in products and services revenue of 14% for the third quarter, while operating loss continues to narrow. Year to date, the company reported products and services revenue up 45% and sales of consumables up 48%, which almost entirely offset the loss in grant revenue.

END_OF_DOCUMENT_TOKEN_TO_BE_REPLACED 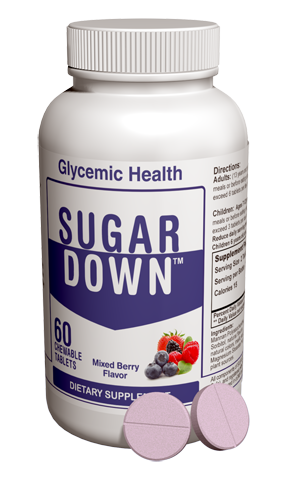 Following Boston Therapeutics' (BTHE-OTC) early November announcement for the launch of sugardown® branding in North America, the pharmaceutical company today informed investors that it has commenced a clinical study for sugardown® at Sydney University. The sugardown® dietary supplement is already available over-the-counter to help individuals maintain healthy blood sugar levels. The current clinical trial is intended to further researchers' understanding of the mechanisms and effect of sugardown®, which has already been demonstrated to be beneficial when taken in conjunction with solid food. The newest study at Sydney University's Glycemic Index Research Service (SUGiRS) will be the first to evaluate sugardown®'s effectiveness with sugary beverages, and seeks to measure sugardown®'s ability to reduce glucose and insulin levels following consumption of sugary drinks like sodas.

END_OF_DOCUMENT_TOKEN_TO_BE_REPLACED

The company experienced a slowdown in sales during the quarter due to a production switch by Ford from the 2014 Mustang to the 2015 Mustang. Ford discontinued supply of the 2014 Mustang chassis in May 2014, and did not start shipping on the 2015 until mid-November 2014. Saleen reports in its Form 10-Q filed with the SEC on Friday that many of its authorized resellers and dealers have preferred to place orders for the 2015 Saleen Mustang instead. To capitalize on anticipated 2015 demand, the company stated in its November 14th press release that it had "just recently received [the] initial shipment from Ford of the 2015 Mustangs and will begin production shortly."

END_OF_DOCUMENT_TOKEN_TO_BE_REPLACED

On Monday, November 10, Amarantus Bioscience Holdings, Inc. started off the earnings week by reporting its third quarter 2014 (ended September 30) financial results. The company also recapped its milestones, updated investors on its product development status, and teased a potential new acquisition for the coming weeks. Lastly, the company also announced a strategic financing agreement with Dominion Capital that raises $3 million for Amarantus and extinguishes a prior promissory note held by Dominion.